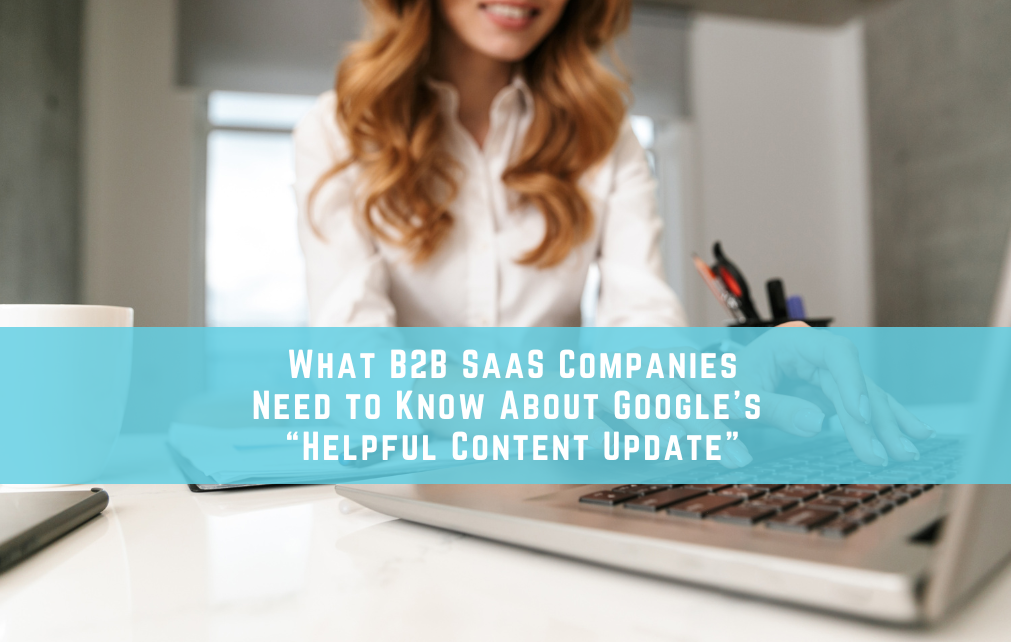 On August 18, Google announced that it would be rolling out an update to its search algorithm to improve the quality of the content that appears in search results. The "Helpful Content Update," as Google referred to it in the blog post where it was announced, targets AI-generated content and low-quality content that was written more for search engines instead of people.

The update began rolling out on August 25, and it will take roughly two weeks to be fully implemented. In typical Google fashion, the full impact may take weeks to be felt – though some sites will be affected almost immediately.

Google is describing the "Helpful Content Update" as a site-wide ranking signal. In practical terms, this means that if Google thinks a website contains a significant amount of low-quality content, even the high-quality content on that website could struggle to rank. However, it does not act as a site-wide algorithmic penalty that prevents any and all content on that site from ranking, and the impact will be weighted based on the amount of low-quality content Google detects.

How Google determines how long this signal will be applied is potentially more painful. If a site is determined to be unhelpful, the label could remain in place for months.

In its announcement post, Google said, "Our classifier for this update runs continuously, allowing it to monitor newly-launched sites and existing ones. As it determines that the unhelpful content has not returned in the long-term, the classification will no longer apply."

This prevents sites from gaming the system by removing low-quality content and then putting it back up shortly after.

As usual, Google did not give specific information as to what it would consider unhelpful content, but it did provide a questionnaire that you can use when creating content to determine if what you're writing is for search engines first:

Do B2B SaaS Companies Need to Be Concerned?

This update is aimed at the content farm and affiliate-type sites that have been taking up significant amounts of space in the search rankings while proving little value to searchers, so most B2B companies should not be affected.

However, suppose you have a significant amount of content in your blog. In that case, it's a good idea to review your library and remove any content that may no longer be relevant to your business - especially if you've made a significant pivot! If you've had any content initiatives in the past where you'd answer "yes" to any of the above nine questions, you should also remove that content.

Because the update just started rolling out, it is impossible to know precisely when site rankings will be affected. If you notice a significant decline in search traffic to your site across the majority of your pages (and your blog in particular) sometime in the next few months, it's possible that you were impacted by this update and will need to improve the quality of your content. However, you should be fine if you've been adhering to Google's guidelines.

Inbound 2022 - Standing Out And Connecting With Fatigued Audiences

HubSpot's annual Inbound conference was in full swing as a hybrid event earlier this month in Boston. The attendance was split, with about 10,000 in...

What is a HubSpot Portal Audit?

When we encounter a company that has had HubSpot for a couple of years or more frequently our first recommendation is a HubSpot portal audit. Yes,...

How to Conduct Website QA for a Smooth HubSpot CMS Migration

Whether you are migrating a website or blog over to HubSpot or creating an entirely new HubSpot site, having a solid quality assurance process can...